My friend Mariana died yesterday while I was strolling beneath the giant Norfolk pines and King Palms in UCLA’s Botanical Garden. When the call came, it hit hard.

Mariana Mendoza was the most self-determined human being I have ever known. Like Hildegard of Bingen whose body became immovable when she was opposed, Mariana was intrepid and uncompromising, a true original who blazed her own path. As a lifelong seeker after truth, she cared nothing for what the Sacred Heart nuns who taught us called “the things of this world,” power, prestige, or possessions.  She was a natural aristocrat who was born into wealth and privilege but died poor in Montana. Hers was a revolutionary life.

The tenth child of a doting father who gave his precocious daughter the run of his library and her own personal maid, Mariana was born in Battista’s Cuba. When the revolution arrived, her father sent his family into exile in New York City but stayed behind himself, refusing to yield to Fidel. I well remember Mariana howling in the wind and the rain like Lear on the heath when news of her father’s death reached us at Manhattanville College in October of 1962.  Our friendship had begun at the start of sophomore year when we were thrown together as roommates in Founders Hall, bonding as rebels and free spirits.

All that year, Mariana ran around Founders in her signature black trench coat, red flats, and red slouch hat, chain-smoking and playing bridge in the Snack Bar with her friend Valerie and other outliers until three o’clock in the morning. She was always selective and single-minded in pursuit of her passions. Discovering Crime and Punishment, she read nothing but Dostoyevsky all fall semester, then nothing but Carl Jung all spring. She refused to wear socks no matter how frigid the weather, stashed her dirty laundry under the bed, slept in, and skipped class.  By the time we were seniors, she was in trouble. Rumors circulated that the nuns were threatening to bar her from graduation, but she prevailed by turning in an honors thesis, “Revolutionary Optimism and the Tragic Sense of Life,” championed by her mentor, Professor of Government, Bill Conyngham.

Mariana never married or had children, and never acquired even the most rudimentary domestic skills.  Growing up in Cuba, Rosario had done everything for her, right down to squeezing the toothpaste onto her toothbrush. Long after she left home, whenever any problem arose, Mariana would shrug it off and say with classic Cuban insouciance, “Do not worry, Rosario is coming.” This became our mantra. We traded it back and forth throughout our lives whenever trials or misfortunes beset us.  Rosario persisted as a talisman, a reliable protectress and ward against all manner of evil.

During the summer between junior and senior year, I was working as an Au pair on Long Island, while Mariana was living in a small walk-up in Fort Lee, New Jersey, enrolled in a summer school theology course.  I took the train into Manhattan and a bus to visit her on my day off.  Once inside the door, she guided me along a narrow path flanked on both sides by bags overflowing with trash to the bedroom so I could plainly see the satin baby pillow, freshly perfumed, propped up on my side of the bed.

I never laid my head on that pillow nor do I remember ever sleeping in that bed.  Surrounded by towers of books, we stayed up all night talking endlessly in the tiny alcove facing the street. It was 1964. We had both seen the movie Becket with Richard Burton and Peter O’Toole, who played King Henry II, a drama of conscience that pitched Becket as the Archbishop of Canterbury against his king and lifelong friend with tragic consequences. The movie gave us plenty to argue about.  The bond between Becket and Henry ruptured irreparably, but in the course of those heady, hot summer nights, our bond was forged.  Mariana, in her largesse, promised to help me through whatever lean times might lie ahead, both of us expecting that I, the artist, would be the one to struggle. When, instead, it was Mariana who ended up living in poverty, struggling with the aftermath of two strokes and advancing COPD, I remembered that pledge.

After graduating from Manhattanville, Mariana had worked briefly for Dorothy Day’s Catholic Worker House in the East Village before taking off, hitchhiking across country with a co-worker named John. Arriving in Berkeley where I was in graduate school, Mariana showed up in our apartment dressed in khaki camouflage where she astonished all of us by taking off her clothes to pose in the nude for an amateur photographer.  She and John bivouacked for a while in an abandoned building where they were robbed by hoodlums, but Mariana, using her wit and presence of mind, managed to shame them out of raping her.

The next time the two of us met we were back in New York City, sipping Armagnac with a group of Gurdjieff followers in an upper westside apartment where W. A. Nyland, a Dutch chemist who taught Gurdjieff’s ideas for over fifty years, was holding forth. Gurdjieff was an Armenian from Russia who became a charismatic religious leader.  We were both riveted, but this was where our paths diverged. I took advantage of an opportunity to travel to Rome a short time later where I met my first husband.  Mariana, on the other hand, followed Mr. Nyland to Warwick, New York, where he had purchased a large barn on 13 acres to establish an intentional community and teach “The Work,” Gurdjieff’s system of self-development. In its rigor and complexity, the Work held Mariana’s interest for many years.  She came into her own at “The Barn,” eventually becoming a leader and one of Mr. Nyland’s close associates.  When I traveled to Warwick, I found her living happily with a tiny black cat named Dolores and racing around in a rusted-out jalopy, breathing fumes that came up through jagged holes in the floor.

When Mr. Nyland died in 1975, Mariana moved back into the City. She rented a small apartment above a Greek restaurant in Hell’s Kitchen and, improbably, began earning her living as a free-lance accountant, working for lawyers in downtown Manhattan. It was a job she could easily manage while spending her free time on her computer devoted to her new passion – networking for the Church Universal and Triumphant in Montana.

It was during this chapter that Mariana came to my rescue when I was diagnosed with breast cancer.  “I want that thing out of you,” she would say, speaking of my tumor as if it were her own personal enemy, a demon to be banished.  To help me with stress, she introduced me to Saint Germain, one of the ascended masters recognized by the Theosophists, and taught me the prayer of the violet flame. It was easy to remember.  I used it habitually but kept it to myself, telling no one.  One day, at the end of a radiation treatment, two nurses entered the chamber to help me off the gurney. This was remarkable since there was usually only one.  As I followed them out the door, the second one turned to ask me pointedly, “You’re doing the violet flame?” It was a statement rather than a question. “Yes,“I said.  I never saw her again.

When Mariana lost all her clients during the 2008 recession, she took advantage of the hiatus to pack up and move to Montana to be closer to her community in Emigrant. This would be her last move. Emigrant, with an elevation of 4,882 feet just outside the northeastern entrance to Yellowstone Park, is an empty big sky town with a bakery, a bank, a post office and not much else. She loved it.  Her accounts of life in Emigrant were full of moose sightings, epic snowfalls, and the view from her window of majestic snow-capped Emigrant Mountain. The first time I visited, we toured in another beat-up car with oxygen cannisters rolling around in the back seat. She took me to her church with its circle of statues including St. Germain and St. Francis of Assisi, the ascended masters. On my second trip, I found her confined to an armchair tethered to an oxygen tank. She spoke with difficulty and was losing her eyesight.  She didn’t want to go out to dinner; she didn’t want to visit Yellowstone. All she wanted was to check out a nursing home in nearby Livingston, a sight so dismal, thank God she never had to live there. 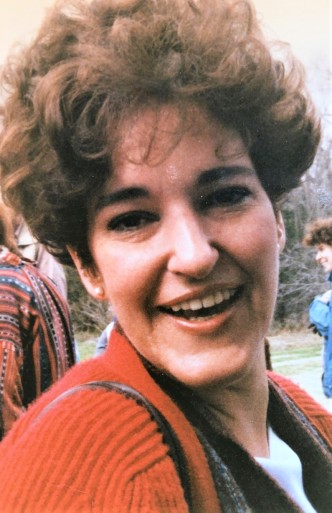 I spoke with Mariana from the hospital just a few days before she died. Her voice was strong. She reassured me it was nothing serious, that she’d be home before long. “I love you I love you I love you!“ That was the last thing I heard before clicking off.

The flowers I sent to the funeral home arrived with a card that read, stupidly, “You go, Girl!” A woefully inappropriate message for such a ferocious soul. I found it impossible to think of her willing to rest in peace. What kept coming back to me was an image that persisted from my last visit: Mariana standing in front of her household shrine wielding a scimitar, the sound whistling around her head as she used it to cut through delusion. What I really wanted to put on that card was, “Mariana, Rosario is coming. “